Shirley: Hello, I'm Shirley Ballas and welcome to Rewirement, the retirement podcast from Legal & General. I'm on a mission to help you reset, reinvent, rewire for the retirement you want. Every fortnight I'm joined by fabulous retirees and would- be retirees, with their own unique take on retirement.

Tracy: Now that I'm entering my 50s, maybe it's a rite of passage and I need to start talking about these things with my friends.

Shirley: Plus my brilliant panel of experts will be diving in to tackle the big questions. They’ll share their suggestions to help make your post- work years the most exciting of all. There’s a reason this program’s called Rewirement.

For many people, retirement involves a change of pace, a different outlook and a different day- to- day. But before you get there, it's important to put yourself in the best position possible, both financially and in your attitude to  money.

Fortunately, the experts are here to tell you what you can do at any age to get yourself ready and steady before retirement day comes. Emma Byron and Holly Mackay will be with me in the studio later, but first let's catch up on our retirement planning friends.  I’m chatting to Debbie today.

Debbie: My name’s Debbie. I’m 50- years- old and I am still working. I think this time of life is particularly exciting because I feel financially more comfortable than I have done in the past. The children are less reliant on me, on us, should I say? And we're now looking forward to retiring sooner rather than later, and hopefully enjoying it while we still have the physical capacity to do so.

Shirley: She’s only just beginning her journey to working out her retirement finances. And I wanted to know what sort of questions are in her head. Debbie, what else do you think needs to be done to help you get to a place where you're really comfortable with your retirement plan?

Debbie: I think, first of all, I need to work out exactly how much I currently have. So, find all my pension pots, actually get answers about what the yield is going to be when I do retire and plan that way.

Maybe it's time at the moment while we're relatively secure, touch every piece of wood I can find, to put more aside, maybe that's the answer, maybe I'll have to do that. I think if everything went tomorrow and we had to retire, we would downsize and we'd be okay, because  again, it's down to house property value, isn't it? So, our house, if we sold it now, we could get something in the West Country, much smaller for a lot less money and be mortgage free.  So, there's always that kind of safety net, if you like, but yes, maybe we should be putting more away.

Shirley: That's exactly what I'm going to do as well. Debbie, is it good to talk about money? Are you comfortable talking about money with your husband and your children?

Debbie: Yes. Very comfortable talking to my husband about it. That’s absolutely no problem at all. I think, as a  society, we don't really talk about money, especially retirement  and  the  savings  and  insurance  and  things  like  that.  As  you  said,  it  goes  back  to  death,  doesn't  it?  People  don't  want  to  talk  about  that  kind  of  thing,  but  I  think  that  people  should  talk  about  it.

Shirley: Is there anything you would change moving forward?

Debbie: Yes. I think I'm probably going to consider my kids more. It is a completely different state of  play  now  with  the  kids  growing  up  and  getting  onto  the  property  ladder.

Shirley: So,  Debbie,  what  the  most  pressing  questions  you  have  around  financial  planning  for  retirement  and  what  questions  do  you  think  others  will  also  be  confused  over?

Shirley: I  mean,  you  don't  have  to  tell  them  what  you're  worth.  You  don't  need  to  say  how  much  money  you've  got  or  what  you're  thinking  about  investing.  You  can  just  have  a  conversation  about  investment,  about  pension  policies,  about  the  future.  What did they do for their children?  What are they thinking about doing for their children?  What are they leaving?  Or talk about the mortgage, is it paid off?  Isn’t it paid off? I  think  the  more  that  you  can  communicate,  the  easier  these  decisions  are  to  make.

Tracy: Talking about it is only going to help. Isn’t it?

Shirley: Remember David and Marcus?  Our choir singers.  David  retired  after  a  career  in  finance,  but  Marcus  is  still  working  in  his  own  business.  I asked them if they  prefer  to  educate  themselves  or  take  advice  from  specialists?  David was first to answer.

Shirley: Lots of notes there.  Holly,  what  sort  of  people  do  you  get  coming  to  you  for  help  with  their  retirement  finances?  What are the most common questions you hear?

Shirley: We  heard  a  few  different  experiences  of  advice  from  our  Rewirees.  What would you recommend in regard to advice?

Shirley: What  do  you  think  are  the  possible  pitfalls  when  people  manage their  own  pension  income?

You can find out more about retirement planning legalandgeneral. com/ retirement.  Next  time,  we're  looking  at  what  to  do  when  you  actually  get  there  and  how  to  enjoy  the  lifestyle  you've  dreamed  of  in  your  Rewirement  years.  Subscribe on your podcast listening platform.  You'll  get  it  on  your  device  as  soon  as  it's  available.  Thanks for listening.  I'm  Shirley  Ballas,  and  I'll  catch  you  next  time.

How do you ensure you have enough money to fund the retirement you’d like? What are the options to provide you with an income? This episode tackles these questions and more, making sure you are well informed to make plans.

Shirley Ballas chats to people approaching this exciting stage in life and gets advice from financial experts - Holly MacKay, editor of website Boring Money and Emma Byron who is Managing Director of Retirement Income at Legal & General.

Holly has worked in the investment industry for about 20 years.

She set up Boring Money which is an independent business to help normal people who don’t have PhDs in finance make some smart investment decisions quickly and painlessly. 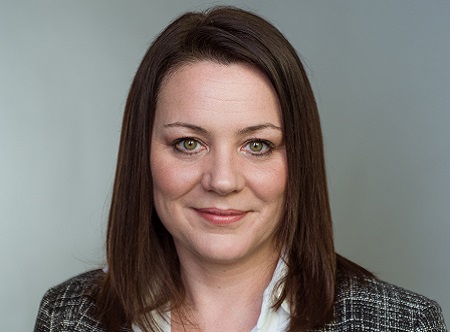 Emma leads the Retirement Income business at Legal & General. Her team specialise on providing a range of income solutions for more than 600,000 customers.

Emma joined Legal & General in 2014 from Oliver Wyman, where she was a Principal Consultant to the insurance sector on strategic, risk and capital management.