Transcript: Retirement among the LGBT+ community

Angellica: Now,  what  suggestions  would  you  make  to  anybody  approaching  retirement  as  a  single  gay  person?

Angellica: What  about  a  fallback  for  travel,  health,  insurance?  Have  you  thought  about  that  and  taking  that  into  account?

Matthew: So  Tonic  was  originally  founded  in  2014  to  address  issues  of  loneliness  and  isolation  of older  LGBT  people  and  the  need  for  specific  housing  and  support  provision.  So  since  then,  we've  been  working  really  hard  to  make  LGBT+  affirming  retirement  communities  a  reality.

And  traditionally,  certainly  from  a  marketing  perspective,  the  way  in  which retirement's  been  talked  about  and  certainly the way  in  which  it's  been  depicted  is  really  stereotypical.  So  the  heterosexual  couple  in  white  linen  walking  along  the  beach.

We've  seen  that  so  many  times.  Or  riding  bikes  or  drinking  coffee  at  their  laptop.  There  is  some  real  stereotypes  that  we've  set  up  about  peoples  socio- demographic  profile  or  their  living  conditions  or  their  level  of  financial  support  or  their  sexuality,  whatever  those  things  are.  We  want  to  make  sure  that  everything  we  do  is  bringing  to light  what  real  retirement  really looks like,  and  that  people  have  got  individual  needs  and  therefore  they  want  things  to  relate  to.

Angellica: Well,  we  heard  how  Patrick  had  to  rebuild  his  finances  when  his  lifestyle  changed  in  his  late  thirties.  Fortunately,  I  mean,  he  had  his  two  pensions  and  also  an  inheritance  from  his  father,  which  really  helped.  But  what  should  people  consider  to  help  them  be  prepared  financially  for  retirement,  Meg?

Meg: I  think  Patrick  and  Annie  had  some  real  level  of  security  in  retirement  from  the  inheritance  that  they  received,  but  also  they  had  pension  savings.  But  I  think  their  stories  highlighted  a  few  key  points  about  retirement  planning  that  are  worth  considering.

Angellica: Now,  some  people  will  be  in  committed  relationships  and  marriages  as  they  retirement.  Others,  like  Patrick,  will  be  single.  So  what  additional  costs  should  you  plan  for  doing  retirement  solo?  Because  it  is a  different  prospect,  isn't  it?

Angellica: Matthew,  Annie  mentioned  also  Opening  Doors  London,  which  is  a  charity  L& G  support.  And  they're  working  to  tackle  the  loneliness  isolation  issue.  But  she  also  mentioned  how  discrimination  and  past  experiences  can  leave  a  troubling  legacy  for  people  later  in  life.  What  support  is  on  offer  to  help  LGBT  people  with  their  mental  health  later?

Matthew: Unfortunately  there  isn't  enough  support  out  there  for  LGBT  people  generally,  but  especially  later  in  life,  and  especially  when  it  comes  to  mental  health.

As  Annie  mentioned,  when  people  have  lived  with  decades  of  discrimination,  especially  in  the  age  group that  we're  talking  about,  you've  got  people  who  have  had  their  homosexuality  criminalized  by  the  legal  system,  or  have  gone  through  conversion  therapy,  all  of  these  things  don't  just  disappear  when  the  law  changes.

Angellica: Do  you  think  a  lot  has  been  learned  through  this  period  for  the  LGBT  community  and  the  support  services  available?

Matthew: Yeah,  I  think  we've  obviously  learned  connectivity  is  a  huge  issue,  especially  when  you  engage  with  people that  have  not  been  brought  up  on  their  smartphones.  For  LGBT  people  especially,  when  it  comes  to  like- minded  thinking  safe  spaces,  inclusive  support,  all of  that  is  a  vital  resource.  We  know  community  is  really,  really  important  as  well.  So  when  you  take  away  the  physical  interaction,  if  someone  can't  engage  digitally,  you're  further  isolating  someone  that  was  already  kind  of  at  the  edges  and  the  fringes  of that  community  anyway.

I  think  with  the  lockdowns,  we  were  thrown  so  quickly  into  a  digital  way  of  communicating  that  many  people  felt  more  isolated  if  they  weren't  digitally  confident.

Angellica: Some  incredibly  important  conversations.  And  there's  clearly  a  lot  more  to  be  said  on  the  challenges  faced  by  over  1  million  people  in  the  UK.  It's  time  we  had  these  conversations  and  supported  everyone  to  have  the  dream  retirement  they  deserve.  Communities,  charities,  social  services,  businesses,  and  organizations  all  have  a  part  to  play  in  making  sure  we  challenge  prejudice,  provide  support  and  community  to  give  everyone  a  happy  and  secure  retirement.

Angellica: I'm  Angellica  Bell.  Follow  Rewirement  on  your  favourite  platform  and  I'll  catch  you  next  time.

Most of us have questions and concerns about making the move from work to retirement. If you’re LGBT+, it can be especially difficult to see yourself in retirement because of a lack of representation. Fears of discrimination or isolation in later life are often a real worry for many LGBT+ people.

In episode five, Angellica meets two more inspirational individuals who share their words of wisdom on retirement, and talk candidly about how their lives have been different as LGBT+ people. She’s also joined by Matthew Riley from Tonic Housing and Legal & General’s Meg Dickens, Marketing Director of Retail Retirement. They talk about why it’s important to challenge prejudice and provide support and community to help everyone have a happy and secure retirement.

Patrick explains how his pension and retirement plans changed when he came out as he approached his 40s. As a father of two, he and his ex-wife worked out their separate paths and Patrick had to re-think his finances to fund his later life. He shares how he found a community he loves and has thrown himself into fun and fulfilling activities, from charity work to line-dancing, skydiving and white water rafting.

Next Angellica chats to the active Annie, who plans to tour all of London’s lidos after the pandemic! Annie talks about her exciting youth in Stoke Newington and explains why she’s returned to live there now she’s older. She also reflects upon the experiences of lesbian friends who have led different journeys towards retirement age and all have different financial situations. 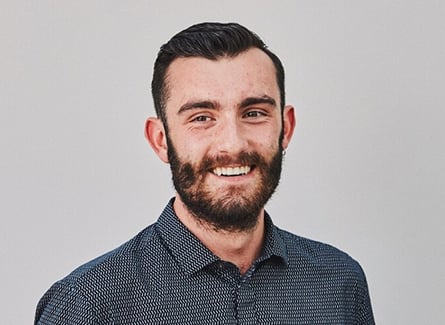