Life insurance for smokers and vapers

As of 2019, it’s estimated there are 6.9 million smokers in the UK1, despite this number dropping substantially over the decades. While the harmful health implications of smoking are well known, one of the downsides to being a smoker is that a life insurance policy will almost certainly cost you more. And, as we'll cover, nicotine replacement products, such as vaping, will still affect your life insurance premiums in the same way.

Why does smoking affect life insurance?

Insurance companies rely on simple facts and statistics when deciding whether, and on what basis, cover can be offered, and will set their premiums accordingly. When it comes to smokers, the fact is that they're statistically more likely to run a higher than average risk of ill health, disease and death at an earlier age.

Where vaping is concerned, there is no medicinally licensed vaping product in the UK, and also there has been some research into the effects of vaping on people's health, this data needs more time to pass to see the impacts on long term health.

All of this means that an insurance company is more likely to receive a claim on life insurance and critical illness cover from a smoker - and potentially a vaper - so they will charge a higher premium.

How much more do smokers pay in life insurance?

Here are some examples of the difference in premiums between smokers and non-smokers for Life Insurance quotes: (examples taken from landg.com on 11 June 2021). Quotes are personalised for each customer, taking account of individual needs and circumstances.

Will occasional smoking affect how much I pay?

Whether you get through a few packs a day or just find yourself tempted by the occasional smoke when out with friends, it amounts to the same thing for insurers. They work to a very simple model – if you’ve recently used tobacco (normally in the last 12 months) you’re classed as a smoker. That includes any cigarettes, the occasional cigar, a pipe, and even nicotine replacements, such as patches and a vapes.

Does vaping count as smoking to insurance companies?

Insurance companies treat vaping the same as any other form of smoking. If you vape, it will influence your monthly premiums in exactly the same way as smoking, meaning your costs will be higher than for non-smokers.

Why are vapers treated the same as smokers for life insurance?

According to Public Health England, there are around 2.7 million adult vapers in the UK, and vaping is the most popular product used by people trying to cut down or quit smoking; so they would be classed as a smoker until there was no use of any of the products for at least 12 months.

In early 2018, Public Health England reported that vaping could be up to 95% safer than smoking normal cigarettes, but it is still nicotine replacement, and vaping has not been around long enough yet to fully see the impacts of any long-term health effects.

Until that long-term research data is available, life insurance for vapers will be treated the same as a smoker. Even though e-cigarettes do not produce tar or carbon monoxide, the NHS describes them as "not completely risk free". There has been little research on the effects of vaping on pregnant women, for example.

Organisations like the British Heart foundation state that not enough information is known about the impact of vaping on people's hearts and circulation; they advise against taking up vaping.

What's the difference between smoking and vaping?

Both smoking and vaping are ways of delivering nicotine to the person who is using the product. Smoking is worse for your health because it involves the burning of tobacco, which releases toxins that can cause smoking-related illnesses. In contrast, vaping involves the heating of nicotine (and often flavourings) in liquid, and the person inhales the vapour.

How do life insurance companies know whether you smoke?

While it might be tempting, especially if you’re only an occasional smoker or vaper, to be less than fully forthcoming when applying for life insurance, it’s not the wisest course of action.

When you apply for cover at Legal & General, you will be asked the smoker question and if you later become ill and need to claim, they may obtain a medical report which could as about your smoking/vaping status. If this indicates that you did not answer the smoker question accurately, the result could be a significant reduction in any cash pay-out, or even your policy being declared invalid.

Certain applications may also require a medical screening to take place before cover is offered and this may include a cotinine test (which checks for exposure to tobacco smoke) if you have stated you are a non-smoker.

Will my premiums go down if I quit smoking?

The premium rate is set at the start of the policy contract and will remain the same for the duration of that contract.

If you have a policy with us and you have stopped smoking, your current policy or premiums wouldn't be affected in any way, and the policy would still be valid. However, provided you meet our definition of a non-smoker, you could be eligible to apply for a new policy after 12 months as a non-smoker, and the premium rate would reflect this. However, smoking is only one of a few factors that influence the premium rate so please check what the new cost would be.

If cover is being replaced, it is normally a good idea to wait until your new cover starts before cancelling existing policies.

How do you get classed as a non-smoker?

Our definition of a non-smoker is when you can confirm that, during the last 12 months, you have not smoked any cigarettes, cigars, a pipe or used any nicotine replacements. If you've smoked any cigarettes, cigars, a pipe, used e-cigarettes (whether or not they contain nicotine) or used nicotine replacements at all in the last 12 months, you need to answer 'yes' to the smoker question.

No matter how determined you may be, or how much you might want to reduce your premiums, giving up smoking is notoriously difficult for many people. But help is available – check out the NHS website for practical, quick and simple steps to help you quit. 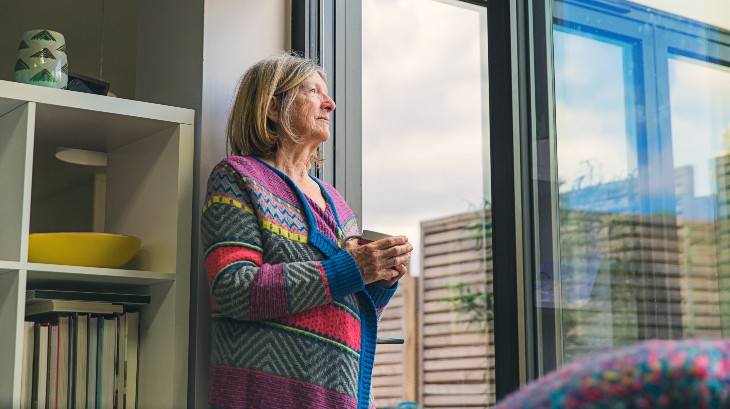