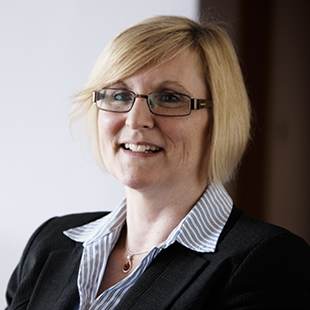 Vanessa Sallows is the Claims & Governance Director at Legal & General and has over 30 years’ experience working in the NHS, private industry and the protection market. Vanessa has responsibility for the claims and rehabilitation teams and oversight of the medical underwriting philosophy within Legal & General’s Group Protection business. Vanessa is passionate about the psychology of work, what prevents individuals from working during periods of ill-health and helping people return to ‘good work’.  Vanessa led the implementation of the Mental Health First Aiders (MHFAs) within Legal & General and in conjunction with colleagues developed and delivered Legal & General’s Not A Red Card campaign. 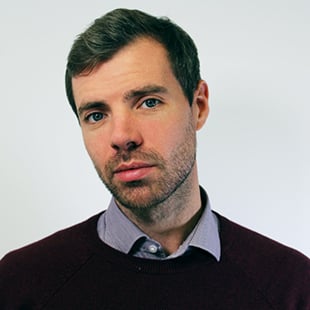 Adam has been the editor of COVER since January 2018. An NCTJ-trained B2B journalist with a consumer publishing background, previously he was the deputy editor of DJ Magazine and has past experience writing about mortgages, captives/global risk and hedge funds. Adam was named ‘Protection Journalist of the Year’ at the Protection Review Awards in 2019, he has been shortlisted for the Headlinemoney Awards twice and COVER was crowned IPTF ‘Income Protection Champion of the Year’ last year amid stiff competition. 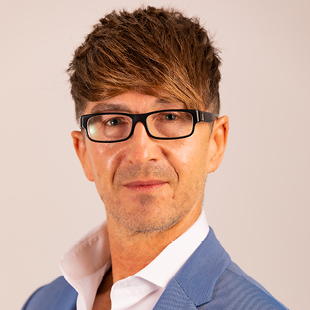 Antony is President and founder of CBT Clinics Group. His vision as a compassionate leader and champion in mental health has led the group to become a multi-award winning mental health organisation with a reputation for innovation. He is a Cognitive Behavioural Psychotherapist with 31 years’ experience within both NHS and corporate environments. He was directly involved in the delivery of the 2007 IAPT pilot resulting in £170m funding for mental health within the NHS. In 2019, he received the “Outstanding Achievement of the Year Award” for his services within the UK insurance sector and is a strong advocate of environmental and social responsibility. 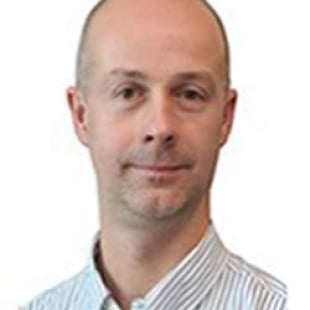 Chris Simmons, worked in the employee benefits consultancy space for 25 years, the majority of this being at Aon. I have had various roles in this time, all of which have had our clients best interests at heart.  I am currently director on the Employee Benefits Exec responsible for our broking, regions, support, and health management. Helping our clients with wellness strategies supporting their employees wellbeing. 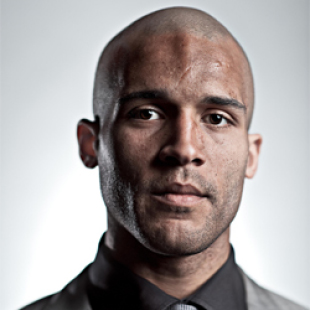 Clarke is a former professional footballer, pundit and commentator and chair of the players union, the PFA, for 4 years. Following diagnosis with depression and repeated suicide attempts, he is now maintaining his wellness, alongside his wife Carrie, is passionate speaker to the corporate world and beyond with regards to Mental Health experiences and support systems. 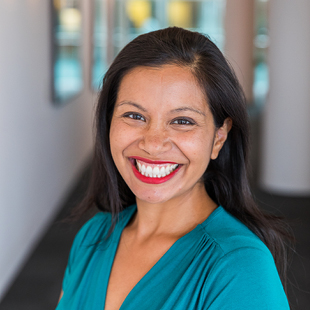 Farimah Darbyshire is part of the City Mental Health Alliance’s executive team and leads on its Early Careers Health Programme. The CMHA is a social enterprise membership organisation. It is a community of businesses, working together with mental health experts and partners, to achieve its vision that every workplace will protect, support and create positive mental health for their people. Farimah’s focus is on helping CMHA members to support the mental health of young people as they make the transition from education into the workplace. 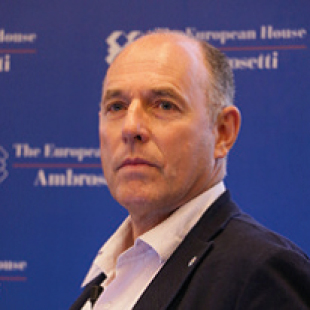 Previously the Global Vice President of Human Resources, Geoff recently left Unilever after 25 years in a truly global career. After starting work as a teacher, his career has spanned leadership, capability and talent development, organization change, with particular reference to marketing, acquisitions and business transformation. Geoff is now a global advocate, campaigner and consultant in addressing the stigma of mental ill-health in the workplace. He is an experienced Keynote Speaker with a reputation for energising and inspiring you and your people to take action in creating workplaces that enhance the lives of people with health and purpose at the core. 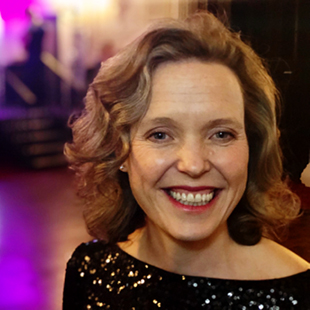 Previous Not A Red Card Winner

Previous Not A Red Card Winner 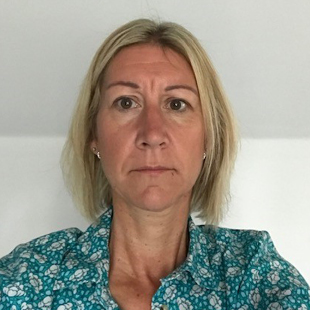 Jo Elphick is Marketing Director, Group Protection at Legal & General and joined the business in April 2020.  Most of Jo’s career has been spent in the Group Risk business, starting at Unum in the late 1990s and moving to MetLife in 2014.  After graduating, Jo spent a few years in retail at both Sainsbury’s and Dixons Stores Group.  Jo has a First Class Honours degree in Economics from Newcastle University. 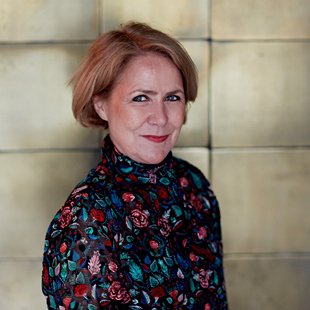 Wellbeing Director, Business in the Community

Wellbeing Director, Business in the Community

Louise is an award-winning workplace health and wellbeing campaigner recognised by the Institute of Directors, the Society of Occupational Medicine and REBA. Louise started her career as a fashion buyer at Marks & Spencer and transitioned into campaigning by taking health into fashion to support the government’s national skin cancer prevention programme. As Creative Director at COI, she led national campaigns including World Mental Health Day, 5 A DAY and FRANK. At Business in the Community, Louise has campaigned to establish employee mental health as a strategic boardroom issue, on a parity with physical health and safety. In the context of responsible business, the aim of BITC’s wellbeing campaign is to create environments where individuals and organisations can be at their best by taking a preventative, whole person approach to physical, mental, financial and social health. 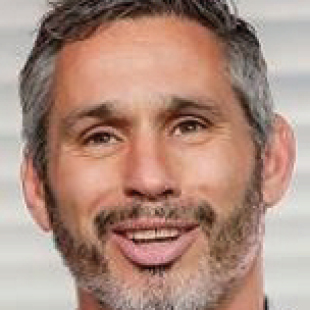 Nick Keller is the Founder of Beyond Sport, the global organisation that promotes, develops, and supports the use of sport to create positive impact across the world. Nick founded Beyond Sport in 2008 having spent his working life as a tenacious entrepreneur within the sport industry. He is the CEO and Founder of Benchmark Sport International, the parent company of Beyond Sport, whose brands and businesses also include the Sport Industry Group, which sits at the heart of the business of sport in the dynamic markets of the UK, USA and South Africa; Benchmark Talent, the Bloomberg Square Mile Relay and thinkBeyond, a consultancy focusing on social change strategies. 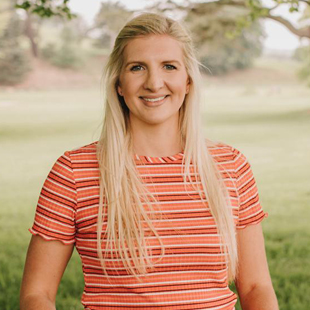 Rebecca Adlington is Great Britain’s most successful ever swimmer. She became a household name following her two-gold medal winning performances at the Beijing Games in August 2008 and her unique blend of charisma and charm allied to her dedication and professionalism in the pool has made her a global superstar, and a role model for female athletes around the world.

Becky’s drive and thirst for success meant that she won a medal in each of the Olympic finals she swam. A four-time Olympic medallist in the 400m and 800m Freestyle, she won two Gold medals in Beijing 2008 and two Bronze medals in London 2012.

Following her retirement Becky announced a vision for her legacy: Becky Adlington’s Swim Stars – a swimming initiative with the goal that every child in Britain will be able to swim 25 metres by the time they leave primary school. Her famous drive is now channelled into this vision and, given her track-record, she is well placed to achieve her most challenging goal to date.

Becky Adlington’s Swim Stars is now the fastest growing high profile learn to swim company in the country. Across the UK it teaches over 10,000 children a week how to swim. The programme, constructed by GB’s most successful ever Olympic swimmer, stands out in particular due to its exciting, innovative and engaging programme. 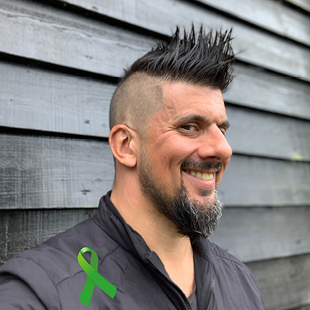 Rob Stephenson is an international keynote speaker, campaigner and consultant who is on a mission to help create happier, healthier and higher performing workplaces. He experiences bipolar disorder personally. Rob is the founder of InsideOut, a social enterprise with the mission of smashing the stigma of mental ill-health in the workplace by showcasing senior leader role models with lived experiences of mental ill-health – the InsideOut LeaderBoard.

Rob is also the CEO of Form, both a movement and a technology platform helping people authentically answer the question “How are you today?” with a score, out of ten - reflecting on what is driving their mental health and supporting those around them. 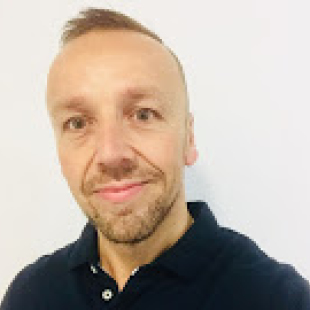 Steve Carr is a mental health, workplace wellbeing and suicide first-aid trainer. His dedication to helping others came after multiple childhood traumas and a turbulent adulthood wrecked by addictions and mental health problems, leading to numerous suicide attempts.

One of his most significant achievements was walking from one end of Britain to the other with just £100 sleeping rough in a tent for 90 days after being diagnosed with several mental health conditions, raising awareness for both mental health and homelessness. He wrote a report on his finding and delivered it by hand by personal invitation to David Cameron at number 10 Downing Street. He emerged a man with a mission to change the world of mental health to ensure no one has to face adversity or challenges alone.

While in recovery, he has chosen to share his story of hope, healing and transformation through national television, radio, significant publications along with several nationally and internationally recognised businesses. 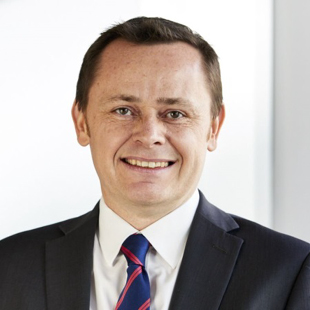 Steve has over 25 years’ experience in UK life assurance, both in reinsurance and the direct market. He is Managing Director for UK Protection, responsible for the P&L of the Retail Protection and Group Protection businesses. Prior to that, Steve was Commercial Director for Individual Retirement. Steve has performed a variety of leadership roles during his time at L&G, including Chief Risk Officer for Legal & General Retirement.

Prior to joining L&G in 2006, Steve was Chief Pricing Officer for Scottish Re (now trading as Pacific Life Re), responsible for the Pricing and Underwriting of life and health business in all territories outside the US. Steve began his career at M&G Reinsurance, continuing as Marketing Actuary at Swiss Re following the acquisition of M&G.