How to introduce a new dog

Introducing a new puppy to your dog

Getting a new puppy is an exciting time, but figuring out how to introduce a new dog to your old one can be a little tricky. Even the most affectionate dog could surprise you with uncharacteristic hostility towards a new pup. Here are some of the best ways to introduce dogs to ensure there’s puppy love at first sight.

Prepare your home before introducing the puppy

Before introducing a new dog to the pack, there are some precautionary measures you can take around the house to reduce the potential for dog-on-dog hostility. Unlike mature dogs, your new puppy won’t yet know what behavioural rules to follow and might not think twice about eating from another dog’s food bowl or about playing overzealously. It will be a new environment for your puppy, and so putting their bed in the kitchen could help reduce anxiety and make it easier for you to clean up any house training mishaps. To limit any territorial aggression, the best way to introduce dogs is to remove any loose toys, balls and chews, and to make sure there’s a separate food bowl for the puppy. You should also make sure that there’s an escape route for both the adult dog and the puppy – for example, a kennel or crate – so that any hostilities can be diffused as quickly as possible. And of course, when introducing a new puppy to your current dog, you should ensure they’ve both had their latest vaccinations.

How to introduce a new puppy to your dog

It’s a good idea to choose a neutral venue – such as a park – when introducing a new puppy to your dog, as the older dog will be strongly attached to its home territory. You may want to introduce the puppy during your regular walk, as this will make the encounter feel like a natural part of the dog’s routine. Ideally, you would be accompanied by another adult who can help separate the dogs if necessary. You may wish to keep both dogs on a lead, while making sure they have the chance to sniff, play and familiarise themselves with one another during their first encounter. In terms of your facial expressions, the best way to introduce dogs is to stay calm, as your emotions will help the dog make sense of the situation. It should be a brief meeting to restrict any chance of aggression and to manage the process one step at a time.

Monitor your dogs for the first few weeks

Once you’re home, you’ll need to pay attention to how your puppy and dog interact. At first, it’s a good idea to keep the puppy on a lead while it explores each room; during these first moments indoors, you may want to leave the adult dog unleashed to avoid antagonising it. Your puppy will be slowly developing its social skills, but it may overstep the line and irritate the dog if it plays with its toys, eats its food or gets too close. This may cause your dog to growl, bare its teeth or lash out; you should be prepared to intervene if necessary as your puppy may not fully understand the signals. It could take at least three weeks for your dog and puppy to get along without your supervision.

There are some common mistakes to avoid when introducing a new dog to an old dog. During the first meeting, don’t carry the puppy in your arms as this could make it feel vulnerable to attack; instead, let the puppy approach the dog while keeping it on a lead. You should also ensure each animal has its own space – don’t force them to be in the same room, or share the same crate or kennel, as this will inflame any tensions. When introducing a new puppy to your dog, you should ensure they’re never left in the same room unattended. Don’t let the adult dog bully the puppy – examples include knocking the puppy over or eating its food – and make sure you intervene before an aggressive confrontation escalates, either by calling the dogs or by gently separating them.

How to separate fighting dogs

Unfortunately, fights can break out when introducing a new dog to the pack, even with the best of preparations. If this happens, you can use your voice as a distraction tool – shouting loudly or screaming may make it easier to pull the dogs apart. Sometimes it may be necessary to physically separate the dogs, but be mindful that grabbing them by the collar can increase the risk of getting your hand bitten. Your own safety is paramount, but if you do need to intervene, one approach is to carefully grab the dog’s back feet and lift it off the ground – sometimes known as the wheelbarrow method – which should cause the dog to disengage. You may prefer to use water from a hose to distract the dogs, or a large blanket to momentarily block their vision. At all times you should remain calm to give yourself the best chance of breaking up the fight.

We offer 6 levels of cover

Find out more about our Pet Insurance 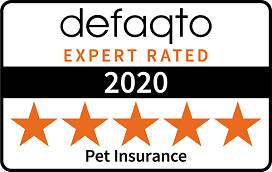 Our Lifetime Pet Insurance has been independently rated 5 Stars by Defaqto. 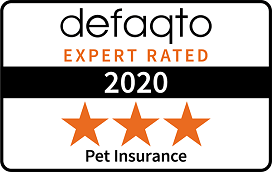 Our 12 Month Pet Insurance has been independently rated 3 Stars by Defaqto.