Many gay men born in the 1950s and 1960s, before homosexuality was partially decriminalised in 1967, stayed firmly in the closet for decades. It can be hard now to remember the societal pressures that drove many into denial and marriage with women, despite knowing their own preferences. But not Patrick, who identified as straight throughout his early life.

“My friends think I’m a very strange gay guy, but I just loved women!” he says. “I knew about the gay life, but I had no feelings for it, nothing to do with it. I got married, had a very happy marriage, had two sons.”

He worked as an English teacher and, with a strict Irish Catholic upbringing, was active in his local church, while his wife was a teacher in a local Catholic primary school. So when an incident on holiday triggered unexpected feelings and he began to explore his sexuality, it came as something of a surprise.

“If I’d had feelings like that before I’d have told people,” he says. One thing led to another and, 30 years ago aged 39, he came out; it was a traumatic time for him and his whole family.

Patrick and our Podcast host, Angellica Bell, sit down to discuss how his life has changed since he retired. 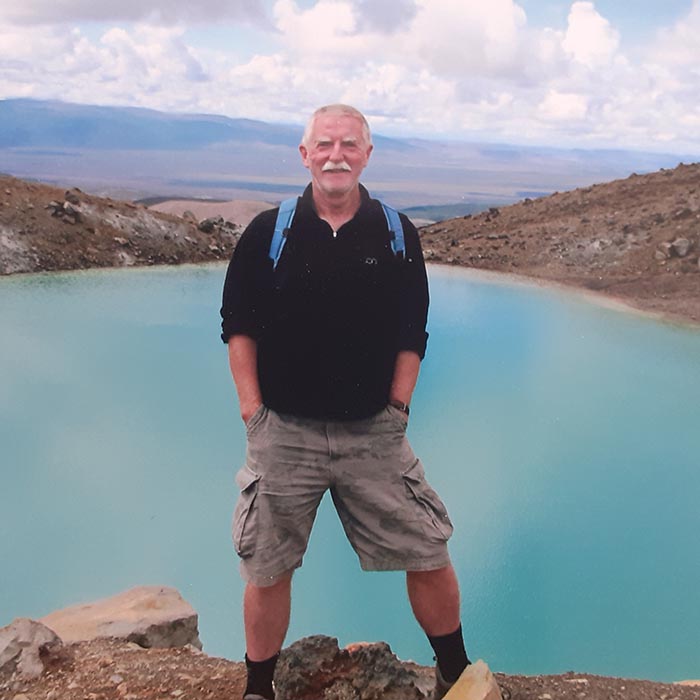 Coming out to his family

For today’s young people, it can be hard to imagine the difficulties faced by earlier gay generations. Patrick’s local priest banned him from the church, his marriage broke down, and he led a double life for some years, keeping his sexuality hidden at work and not coming out to his wider family for five years.

It was a lonely time. Then he bumped into a former pupil, got into a conversation about faith, and learnt about a support group for gay Catholics, which he started attending.

“That led to meeting people involved with other groups. It’s a networking thing, you get to hear about other clubs you might be interested in,” he says.

Volunteering with his LGBT+ community

He joined a gay badminton group (he had always been a keen badminton player, playing in the top division of the local league), a gay choir and Manchester’s first LGBT line dancing club, the Prairie Dogs, set up 25 years ago (it won the best walking entry in Manchester Pride 2019’s parade). He also volunteered with the LGBT+ community, working with befriending schemes and as an HIV/Aids buddy.

“That was difficult at times, but I wanted to do something giving back to my community,” he says.

He stepped up as a diversity officer for his union, which led to him being appointed a delegate to LGBT+ conferences, where he has given speeches on a number of motions.

“I went through a lot, but I hear stories of unbelievable bravery and courage even now,” he says.

Clearly there is still much work to be done to ensure recognition and acceptance for LGBT+ people. But the community has many friendship groups to support older gay singletons – Patrick is a regular at Out in the City, a Manchester group for the over-50s.

“I’ve worked through some really bad times, but I’m very happy with my life,” he says.

“I’m single, but I’ve got a good, supportive friendship circle and a lot of activities. But do we have to have labels on people? I don’t go into places and announce myself as gay; my sexuality is my business.

We’re all human beings that should be treated with mutual respect and caring.”

At 84, Ted has found self-acceptance in retirement after spending many years hiding his authentic self.