“I can work with clients, support people and keep the communication going in a balanced way; but when it comes to your own children, a lot of that goes out the window,” she says. “My five children all have very different personalities and none of them are shrinking violets; get all of them together, each with their own opinions, and it’s not easy!”

Adapting to a new family unit

Christine’s family is further extended by two stepchildren. She and husband Alex, now both in their 70s, came together 30 years ago, after Christine had moved from Surrey to Margate with her two youngest children, following what Christine describes as a “messy” divorce from her first husband of 20 years.

“There were a lot of complexities,” she remembers. “It was not so much being a stepmother, but learning to adapt to someone else’s children in your house.”

Listen to Christine's story on our podcast

Angellica Bell chats to Christine about love and relationships in retirement. 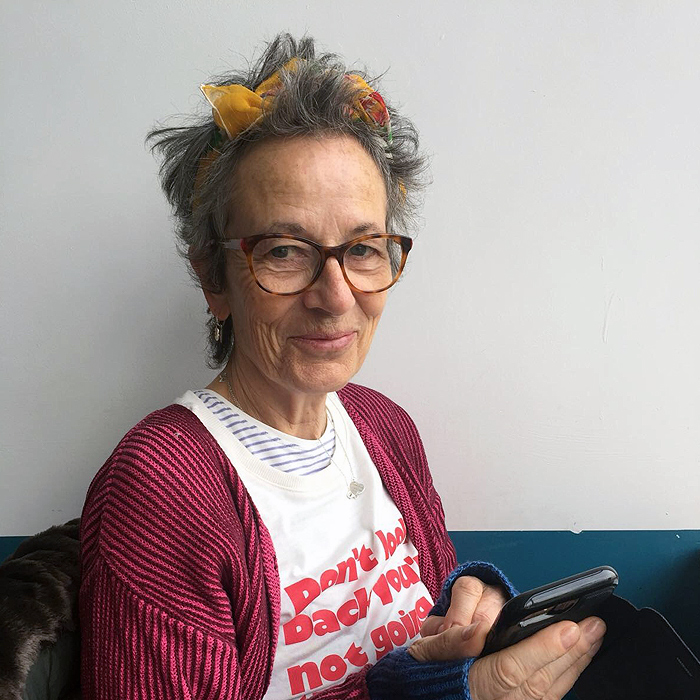 Christine and Alex’s relationship built slowly, with both sides in the family adjusting gradually to the new situation. Geographically it wasn’t easy, with family at either end of the country (Alex’s first wife and two children lived in the north of Scotland, while Christine’s three grown-up children remained in the south of England).

Financially it was difficult too; sorting out the complexities of the divorce took two years. But Christine still remembers that time with fond memories.

“It was a new relationship, new circumstances – there was quite a lot of fun!” she says. “I wasn’t really bothered about planning financially for my future, though I paid into my pension; we were travelling round the country to see the kids, but it was fine. It took a lot of planning to get everyone together, but we had some great Christmases and summer barbeques when they would all come and stay.”

Having honest conversations about money

Her divorce from her first husband did change her attitude to money, however. “The financial outcomes changed my view; I felt I had to be very sensible when it was just me and the two younger kids.”

Her three eldest children were in their 20s by the time she divorced, but with the younger two just seven and nine, Christine was aware of her responsibilities. Even after she and Alex married, they kept their finances separate.

“Alex is more laid back than I am – I was a little bit anxious, I needed to know I was in control,” says Christine. “We have discussions about finances, we know what we need to spend and where the money is going to come from; but we still keep things separate.”

Open communication about money becomes even more important in a blended family, where questions of inheritance could cause conflict. For example, Christine’s father left money to her that won’t be released until the death of his partner; should Christine die first, she is clear she wants that to go straight to her children.

“I probably have more money saved than Alex,” she adds, “and I’ve always been clear about my money helping my children.”

Money is a difficult thing to talk about, and Christine’s career shines through as she talks about handling any tough subject in bite-sized chunks. “The one thing I would say is to keep lines of communication open,” she advises. “I think the hardest thing in the world is to go and talk to somebody about a topic out of the blue. Have those smaller conversations beforehand. Everything’s always been on the table for discussion with my kids – it can be challenging and difficult, but that’s a positive thing.

“The other thing that’s really important, is to listen. Whatever I’m planning affects all my children, and even if I’m committed to what I’m doing, it’s important to listen to their opinion and validate it.”

After relocating to Margate a year ago, Christine is still enjoying working as a therapist, albeit now online. It’s not that she needs the money, but that she loves the work, though she is careful about not taking on too many hours. “It’s about balance and purpose,” she says. “Full retirement just isn’t for me.”

You can listen to more of Christine's story in our Rewirement podcast episode, Love & Relationships in Retirement .

Few people have the foresight to start planning their retirement in their 30s. But Tina began to lay the foundations for her current life more than 20 years ago.