The power of volunteering in retirement

If you’ve recently retired or are about to retire, you might well be thinking about ways you could use some of your spare time to help others – and volunteering can offer a wealth of opportunities.

Volunteering allows you to put your time and experience to good use, and can bring unexpected new interests – and new friends – into your life.

“After retiring, I moved to Norwich, and joined a few local organisations,” says Fran Sales. “Out of the blue, I received an email from one of them regarding a major project that was about to be launched at Norwich Castle. They were looking for volunteers to work on a large-scale embroidery similar to the Bayeux Tapestry, employing the stitches used in medieval times. I immediately volunteered. Although in my enthusiasm I had forgotten I’d never done any embroidery in my life! To say I was on a steep learning curve was an understatement,” she says.

“The volunteers came from diverse walks of life and backgrounds, and from a number of places in Norfolk. Under different circumstances we would probably have never met one another. The Norwich Castle: Royal Palace Reborn project brought us together. My friends and family were astonished when they found out about my volunteering venture; no-one (including myself) had any idea I could do such work.”

Fran eventually became the main embroiderer on one of the huge panels, taking over 750 hours to complete it before moving on to join a team working on medieval wall hangings using yet another new stitch.

Although Fran’s voluntary work came as a result of an existing contact, there are countless volunteering opportunities available if you go looking for them, covering everything from working with animals to helping people, learning new skills or being creative. They can involve using skills that you already possess or learning new ones.

Contact local charities and see what type of help they might need – you never know what plans they have coming up that you could support. Environmental projects, such as helping to plant trees and bulbs, or cleaning up rivers and beaches, need volunteers on an ad hoc, seasonal basis. Animal rescue centres often need people to fundraise, walk dogs or play with cats, and organise supplies. Volunteering can be a really satisfying way of giving back to the community that you’re part of.

Royal Voluntary Service is one of the largest volunteering organisations in Britain, and volunteers can get involved in a wide range of opportunities across the country. This may involve helping out at local clubs and groups, sharing your skills and experience with community projects or providing support for the NHS.

Supporters of organisations such as the National Trust will find there are usually lots of volunteering opportunities available. These include helping in the gardens or becoming a room guide.

As a long-time member of the Friends of Ironbridge Gorge Museum Trust, Colin Petitt was already in contact with likeminded people. Following his retirement from the Civil Service, he found he had some time on his hands. “Through those contacts, someone suggested I ‘come along’. They were working on a one-day-a-week basis, cataloguing the vast number of items that have been donated to the museum over the years. I joined the small team of retirees sorting, cleaning, photographing and logging a range of mainly Victorian items. I handled everything from Victorian dentistry equipment to a cast-iron urinal that had been broken into pieces when it was removed.”

From that initial involvement, Colin steadily expanded his participation into other areas. “I’ve worked as a steward on the ‘special’ days at Blists Hill, such as the firework display, ‘Ghostly Gaslight’, and Christmas markets. I’ve also assisted for two years on the Christmas mine train grotto, which required me to dress in character.”

During the refurbishment of the Iron Bridge, he volunteered with English Heritage as an ‘interpreter’, explaining to the public what the works were about. “This expanded my knowledge of the bridge and its impact in the world,” says Colin. “I met people who were keen to know more – and some who knew more and educated me.”

Andrea Jacks also chose to volunteer as an embroiderer when she retired from teaching. She says: “I wanted to learn new skills and develop my creativity. I began volunteering with the Costume Project (also run by the Ironbridge Gorge Museums), working with a small group of volunteers hand-sewing and embroidering bespoke costumes for different attractions including the Fashion Museum in Bath and SS Great Britain. I also volunteer at the Coalport China Museum, where I began by painting fired items for display at the museum and for sale to visitors.”

Not only has volunteering taught her a lot, Andrea has also made new friends along the way: “It has been lovely working with the team, sharing and developing my painting skills with visitors to the museum,” she says. “I’ve had the opportunity to learn how to slip cast, how to mix and use china paints, and now flower-making.

“Volunteering at the museums brings me great joy. I have met lots of interesting people over the past couple of years, and you never know where new experiences and skills will lead you.”

A new lease of life

For Colin, volunteering has transformed his life. “Volunteering with the Ironbridge Gorge has expanded my knowledge and interest, introduced me to a range of people from other backgrounds, given me a feeling of self-worth and an opportunity to dress up. I would recommend it to anyone, either to further their interest or to experience something they’ve not tried before.”

Fran agrees, saying “If you have the time available, and there is something you feel you would like to explore, then have a go – there is nothing to lose and much to gain.”

To search for volunteering opportunities near you, visit Royal Voluntary Service and Do It. The National Trust and English Heritage are often looking for volunteers to take on various roles at their many properties too.

The benefits of working part time in retirement

If you’re approaching retirement, the thought of stopping work altogether may not be something you want to do.

Free courses to help you upskill and start a new career

Retirement can often bring more spare time, and with that the opportunity to return to learning that you might have been putting off because of other commitments. For many of us, there’s never been a better time to take a free online course. 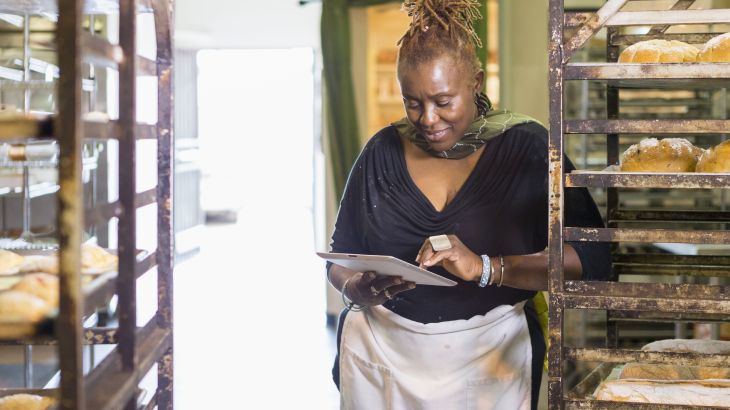 How to plan a career change in later life

The Baby Boomer generation (those born between 1946 and 1964) changed many things in the world and retirement is one of them. As the last of that cohort approaches later life, we are seeing a revolution in our working lives.