You could describe Patrick’s travelling as a game of two halves. Before retirement, his travels were confined to the UK and Europe – family holidays first with his wife and then, after his divorce, with his two sons, defined by the school holidays.

But when, aged 60, he took part-time retirement from teaching special needs children, the travel bug bit. He’s visited Australia four times in the last ten years, and has walked the Machu Pichu trail. He’s skydived from 12,000 feet, gone white water rafting, and when Covid hit, was on a tour of Thailand, Laos, and about to go to Cambodia.

“I always knew I wanted to travel,” he says. “I had a couple of old school friends in Australia and it had always been my dream to go there, and New Zealand, so I let my apartment and went for six months.”

Meeting people from across the world

The trip took in Singapore, Hong Kong and China as well. Though he stayed with friends for a good chunk of the time, he also joined an organised tour with 11 other people for part of it.

“It was a real adventure, it was wonderful,” he says. “The others came from all over the world – lovely people. I’m still in touch with some of them.” 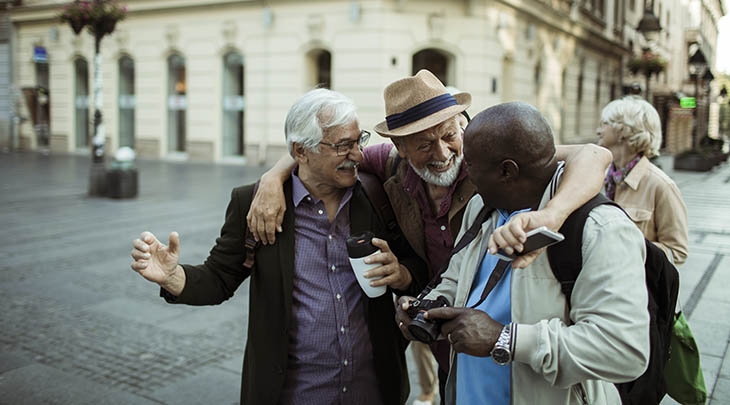 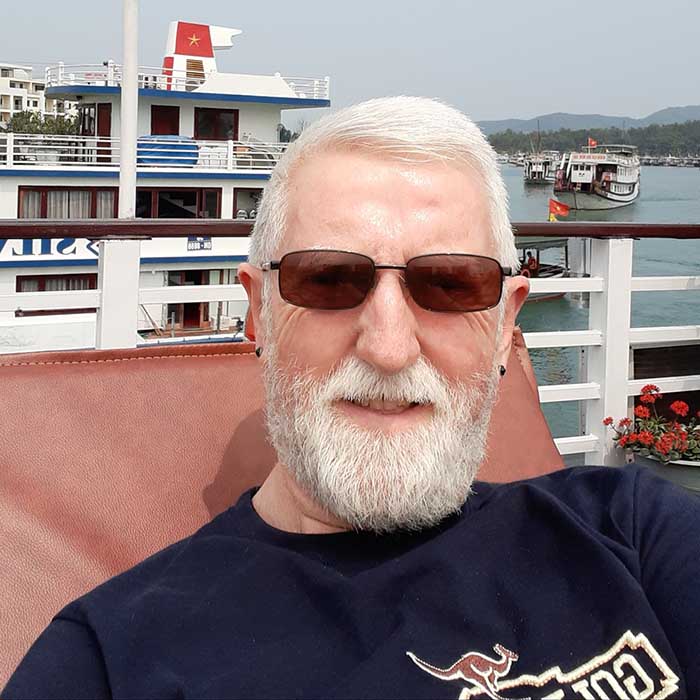 Joining a group has been a key part of the pleasure of travelling for the single but sociable Patrick, who relishes meeting new people and lives a busy, active life in Bury when not travelling. His hobbies include walking, line dancing and theatre; he is a keen Manchester United fan, is involved with a homeless charity and in gay activism as well.

Travel has pushed him into experiences that he now considers highlights of his life. Take the skydive at Lake Wānaka on New Zealand’s South Island – which might well seem a strange choice for someone afraid of heights! “I did wonder why I was even contemplating it, as we were kitted out to look like characters from a Biggles movie,” he says.

Facing his fear of heights

One of the tour group was also jumping, and he found her support invaluable. She jumped first, but Patrick describes himself as “absolutely terrified” as his turn approached.

“I found the instruction to relax virtually impossible. But once I began to free fall, all my nerves and fears dissipated immediately and I enjoyed every second of the dive,” he says. “It was one of the most exhilarating experiences of my life.”

He still has big plans – he’s keen to return to Cambodia, to finish the trip that was interrupted by the pandemic. Japan is also high on the list, going in the spring to experience the magic of cherry blossom season. But his trips do take a bit more planning now than a decade ago.

“I was diagnosed HIV positive at the age of 68. I’m now totally virus-free and have been for two years; but I have to take daily medication, so I have to think about that. Travel takes a bit more planning, and I’ll maybe go for three months instead of six.”

For many singletons, travelling can seem intimidating or lonely – one of the reasons Patrick chooses to travel in a group. But he has also met new friends on his travels through the LGBT+ network, which has put him in touch with people on the other side of the world.

Going travelling with a gay group can also mean greater security against the discrimination that still exists in some parts of the world, as well as ensuring the freedom to be who you are.