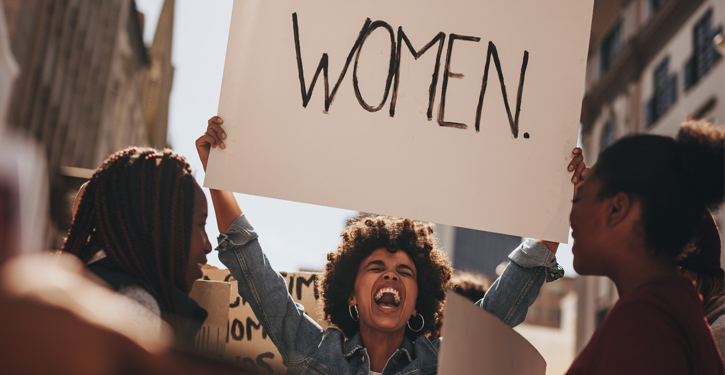 Despite nearly 50 years since the Equal Pay Act 1970 banned any less favourable treatment between men and women in terms of workplace pay and conditions, there are still notable differences between the sexes when it comes to how much money women can expect to retire on compared with men.

In 2018, the trade union, Prospect, published its estimate that women in the UK receive 39.5% less in pension income than men. And a survey by Good Housekeeping magazine in March 2019, found that 77% of women had no idea how much they’d have to live on when they retire.

One reason why women don’t seem to plan for their financial future could be that they’re often too busy caring about everyone else. For example, women still tend to bear the majority of childcare duties with many taking a career break to do it. And when they do return to work, they can be limited to part-time and/or relatively low paid options.

According to Carers UK, women also make up the majority of those providing unpaid care to a loved one, such as an elderly parent, which can result in them having to reduce their hours in paid work or leave work entirely. Such unpaid caring responsibilities along with parental responsibilities are recognised as key factors in the gender pension gap.

In addition, the breakdown of a relationship can hit women financially harder than men as statistics show that the vast majority of single parent households – 86% – are run by women. Potentially this could affect women’s career choices and their decision on the number of working hours they’re able to fit around their family’s needs.

Ongoing changes to social and workplace attitudes should help even the gender balance in terms of caring responsibilities alongside the arrival of more flexible working patterns for everyone. Meanwhile, it’s worth noting that the government is helping more with childcare costs (now 30 free hours for children aged 3-4 and also tax free childcare) which should help encourage carers of young children to go back to work and to be able to afford to do so.

What can you do to help yourself?

We've got lots of suggestions in the Planning for your retirement section of the Financial Wellbeing hub. We’ve also got easy ways to help you work out what you’ll need in retirement and some handy ways to save money.

As well as Legal & General's guides, there are great sources of independent guidance to help you through if you’re worried about your situation.

You may want to consider seeing an independent financial adviser. You can find one through the Unbiased website at unbiased.co.uk. Advisers usually charge for their services.

What’s around the corner for women?

It’s worth noting that the government, employers and financial services providers are recognising that they have a duty to respond to the issues facing women at retirement and are acting on it. Cross-industry working groups such as the Insuring Women’s Futures Market Task Force are being set up to specifically tackle the gender pension’s gap and surrounding issues.

With the efforts of groups like the Insuring Women’s Futures Market Task Force, and the changes to social and workplace attitudes noted above, we’re likely to see the development of financial products and services that cater better for women in the coming years.

After all, this isn’t just a women’s issue - for our economy to flourish for everyone, and to relieve pressure on our welfare services, investing in women’s financial independence is something we should all be interested in.