In the first of a two-part series, Russell Lee and Tom MacAulay from Legal & General’s Pension Risk Transfer business look at pension consolidation vehicles from different angles and provide an insurer’s perspective.

Legal & General has been helping UK pension schemes to secure and protect members benefits for over thirty years. During that time a great deal of work has been done to address the defined benefit pension challenge and we have seen a huge amount of change in the industry. Trustees have more choices than ever before in managing their obligations.

The proposed introduction of Pension Consolidator Vehicles (“PCVs”) could provide additional choice for Schemes, and debate on their merits has intensified following the publication of the DWP’s Consultation paper. Whatever your view on PCVs, the government seems set to create a regulatory framework for these vehicles. The million dollar question at this time is how our industry should be thinking about PCVs in relation to the long-term security of member benefits.

One thing is clear: PCVs are radically different from normal pension schemes, which operate solely for the benefit of members, and not to make a profit for the sponsor.  Insurers can provide insight into how this potential conflict of interest can be addressed, given that the insurance regime successfully balances the needs of policyholders and shareholders.

With a core focus on improving member outcomes, we will examine, through an insurer’s lens, some key aspects of PCVs.

The consultation rightly focusses on an enhanced regulatory framework. It is crucial that the PCV covenant assessment captures the risk inherent in its strategy, and of members potentially becoming worse off than before.

The Consultation suggests a 99% probability of paying pensions as a test of financial adequacy on a projected basis. Our first observation is that a 99% probability sounds very robust, but it could only be achieved in practice by assuming equity risk premiums or illiquidity premiums. Our second observation is that funding projections are helpful for comparing different investment strategies, but underlying assumptions and model dynamics vary significantly, and thus so do probabilities of success. This subjective nature means that projections are inadequate for judging financial strength. Any measure of financial adequacy needs to be objective, intuitive and easily testable. It should simply be about the ability of the PCV capital buffer to withstand losses. For consistency and transparency, The Pensions Regulator could decide to prescribe the scenarios against which PCV investment strategies and capital buffers are tested.

To reinforce our point: in the recent past, various structured instruments, including Collateralized Debt Obligations, were rated AAA based on sophisticated model projections. They were judged to have a 99.9% probability of investors getting their money back, but went bust.

Given the 80+ year tail for DB pension liabilities, the probability of failure over a 1-year period for a PCV needs to be very small – otherwise it will compound to an unacceptable likelihood of failure in the long-run. In simple terms, a PCV running at a 1% probability of failure over 1 year will have a 55% chance of failing over the next 80 years. On the basis of Moody’s analysis of historical default rates, we see that even very weak companies are unlikely to reach this high probability of failure. Those that survive in the short term are increasingly likely to survive in the long term. Understanding this difference in how credit risk and market risk evolve over time is very important.

By entering a PCV, a Scheme obtains an improvement in funding, or covenant, while the sponsor is entitled to “upside” paid out of Scheme assets. Economically, the Scheme has sold a call option on its funding position. The sponsor has unlimited upside and capped downside. Potential conflicts arise because the value of this call option to the sponsor increases if risk taking increases. This risk taking could either be in the way that Scheme assets are invested, or in how the capital buffer is invested.

Insurers balance this potential for conflicts of interest in two ways. Firstly, financial adequacy and profit extraction are risk-based – so taking more risk is reflected in higher capital requirements. For example, insurers cannot buy lower rated bonds with higher coupons and then pay higher dividends! So it will be important that PCV financial performance is not judged on their funding levels alone. For insurers, release of profit is contingent on a holistic reduction in risk, not just having a healthy funding position.

Second, insurers operate under strong principles-based conduct regulations that put customers at the heart of corporate decision making. So, for example, any changes to insurer investment strategy are subject to extensive internal and external scrutiny, and could not be executed to the detriment of policyholders. We consider the importance of governance and good conduct further in a following article.

The above observations highlight the need for robust rules that govern financial adequacy, investment strategy, and profit extraction for PCVs. We think it will be much easier for Trustees to make an informed decision if these rules are consistent across the market, and everyone is clear where subjective assumptions are being made.

We have illustrated the challenge for Trustees of comparing the current sponsor default risk with the market value risk being run within a PCV, since they evolve differently over time. More than anything we hope that people will see that insurers provide more than just a high degree of capital adequacy, and that understanding and replicating other features of the insurance regime for PCVs will go a long way to ensuring that members are better off in the long term. 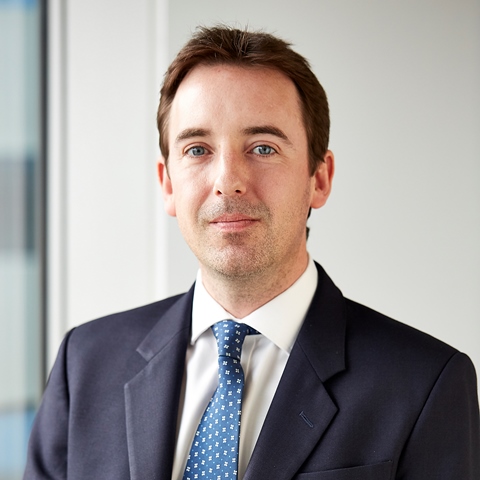 This is not an advert for pension members or employees. It’s intended for professional financial advisers and pension trustees classified as Professional Clients and should not be relied upon by pension scheme members, employees, or any other persons.