When Cheryl was made redundant at the age of 61, she had to start job hunting immediately.

“Unfortunately, being a 1950s-born woman, my retirement age had been moved by the government from age 60 to 66,” she says. “I had been expecting to be able to retire at 60, and it was a big shock when I found out it was going to be 66.”

But she found little demand for her skills, despite her decade as an office manager.

“I was applying for 30 jobs a week,” she says. “I wasn’t able to get any unemployment benefit because I have savings, so I thought, I’m wasting my life doing this. I might as well go and enjoy myself.”

Living between redundancy and retirement

Four years ago Cheryl joined a group, Women Against State Pension Inequality (WASPI), that protested against the lack of information given about changes to women’s state pension age.

The group was recently vindicated after a Parliamentary report found the government had failed to take into account the requirement for specific and targeted communication on state pension age changes.

Maintaining our independence is important to us all, and identifying what care we’ll need plays a huge part in this.

“I’ve got my pension now as I’m 66, but we’re still fighting to get back pay – I’m owed about £64,000,” says Cheryl, who became the unexpected ‘face’ of the WASPI Women, after being photographed at a protest outside the Royal Courts of Justice. 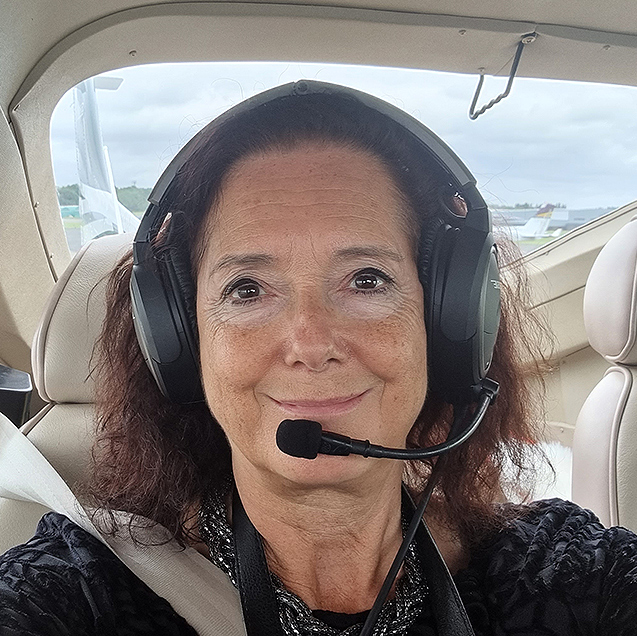 She gave up job hunting in 2018, at the age of 63. “It was hopeless,” she says. “I spent 2018 sorting out my flat and getting equity release. I had two small pension pots, but not enough to warrant a financial adviser. Now I’m so glad I didn’t get another job after redundancy – retirement is great fun and I wish I’d started it earlier.”

Carving out time for herself

Photography is one of her main hobbies, and at a school reunion she reconnected with a fellow ex-pupil who owns a small aeroplane. “When he heard of my interest in photography he offered to take me up, and I’ve had quite a few trips since then,” says Cheryl. “I love taking pictures from the air.”

Cheryl is also a full-time carer for her husband. She has found many ways to enjoy life, however, and has become an expert at finding ‘free’ London.

“The more things you go to, the more you discover – there’s so much you can do very cheaply or for free in London, why would you want to retire anywhere else?” she says. “I used to go on carer’s holidays, but I felt guilty about going away on my own. I do think a break is important though; I have supportive neighbours, and my son often takes him out for dinner and a movie, which he loves. It gives me a chance to sort things out at home or enjoy a day out on my own.”

She is careful of her own health, so has teamed up with a neighbour who, although in his seventies, is still very fit. “When my Open Age over-55s exercise classes were closed during the lockdown, I joined him outside in the communal gardens and we do 90 minutes of exercise every other day,” she says. “He pushes me to do more – this is the happiest and fittest I’ve been. We were joined by a squirrel for a while!”

Despite everything that life has thrown at her, Cheryl remains bubbly and positive. “I can’t understand people who stay at home – you’ve got to get out there,” she says. “My advice? Keep active – and go looking for joy.”