What is common law marriage?

It’s a common misunderstanding that after living together for a number of years, sharing children or a getting mortgage together, a couple are considered to be partners in a common law marriage. But what does common law partner mean exactly? And what rights do common law partners have?

According to the UK Parliament, “the number of couples choosing to live together (cohabit) without getting married or entering a civil partnership, in what is often called “a common law marriage”, increased by 137% between 1996 and 2020.” Many cohabiting couples believe that this idea of common law marriage means they will automatically receive the same legal rights as those who are married or in civil partnerships. Instead of being a husband, wife or spouse, they would be known as a common law partner or spouse

Does common law marriage exist in the UK?

Currently in the UK, common law marriage doesn’t have legal recognition. It's a common myth that once a couple has cohabited for over two years, they automatically have financial protection as a married couple and too many people find themselves in unexpected financial situations after a relationship breaks down, or they suffer the loss of a partner.

But that’s not to say that your only right to financial protection is via a wedding or civil ceremony – there are still ways you can protect your family’s finances.

Take out a cohabitation agreement

A cohabitation agreement is a great way for couples to safeguard their joint finances when they live together. It is a legal document detailing what each partner is entitled to if the relationship breaks down. You can easily find a template online to help you create one at home, but it’s best to seek legal advice before signing anything.

It might not be the cheeriest activity, but it is a great way to make sure your partner is considered within the inheritance you leave. This is important, as if you aren’t married and one of you passes away, the other is not automatically entitled to your property or assets left behind.

Nominate a beneficiary for your workplace pension savings

Unlike a state pension, you can tell a workplace pension provider who you would like to benefit if you were to die before you can access your pension savings. Bear in mind your nomination won’t be legally binding, but it would be taken into account by the pension scheme administrator.

Although Life Insurance won’t come into play in the event of a relationship breakdown, it can be an effective way to ensure your partner or family are provided for should the worst happen to you. You can name a beneficiary of your choice and place the policy in a Trust which will give you extra control over who benefits in the event of a pay-out.

Want to learn more? Take a look at our guide to life insurance. 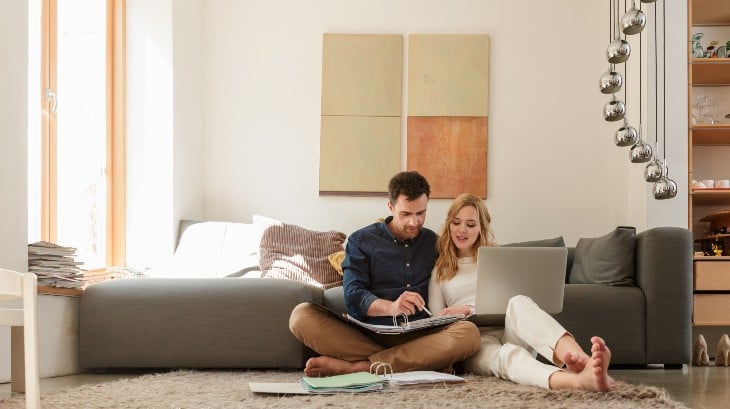